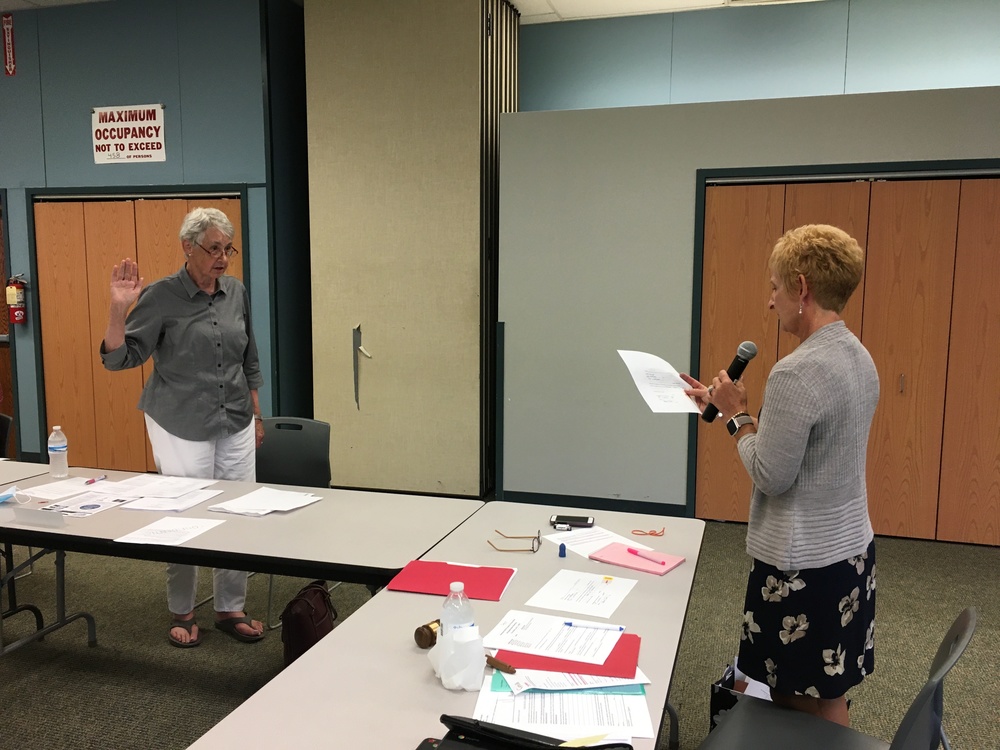 Herkimer-Fulton-Hamilton-Otsego BOCES Board of Education member Thomas Shypski was recently re-elected as board president and board member Daniel Voce was re-elected vice president.

Herkimer BOCES board members elected Shypski and Voce to their one-year leadership terms during the board’s annual reorganization meeting on July 2.

Shypski, who also serves on the Richfield Springs Board of Education, was elected to the Herkimer BOCES Board of Education in 2009 and served six years as board vice president. Shypski has a business management/economics degree from Albany State, worked most of his career in agribusiness on the family Cullen Pumpkin Farm just outside of Richfield and is now retired from his position as water superintendent for the village of Richfield Springs.

Deborah Kessler, who was also recently elected to the board of education, filled a vacant seat and began her term on May 20 after virtually taking the oath. Kessler is a graduate of Poland Central School District, Mohawk Valley Community College and Utica College. She is the president of Kessler Promotions, an event management and consultant company.

During the July 2 reorganization meeting, re-elected board members Linda Tharp, of Owen D. Young, and Ronald Loiacono, of Mount Markham, were sworn in. James (Bob) Schmid, of Dolgeville, was sworn in on July 1. A complete list of the 2020-21 Herkimer BOCES Board of Education and their terms can be found here.

The board members were voted on by Herkimer BOCES component district school boards in April, and were elected to three-year terms from July 1, 2020, through June 30, 2023.

During its reorganizational meeting, the board also scheduled its meetings for the 2020-21 school year. Board of Education meetings are typically held on the second Thursday of each month at 5:30 p.m., unless noted otherwise:

About the Board of Education

The Board of Education for Herkimer BOCES has 10 members, representing each of the component districts. Members are elected by component school boards at the Annual Meeting to serve a three- year term. Each component district receives one vote based on a plurality vote of that district’s board. Prior to being elected, BOCES board candidates need not be on local school boards, however they must be eligible voters in component school districts of the BOCES. Once elected, the BOCES board members represent and are accountable to their constituency and, ultimately, to all of the component boards. The Board of Education takes pride in its ability to be proactive in meeting educational needs of this region, and endeavors to maintain open channels of communication with component boards of education.

Pictured: Linda Tharp, of Owen D. Young, is sworn in during the Herkimer BOCES reorganizational meeting on July 2.