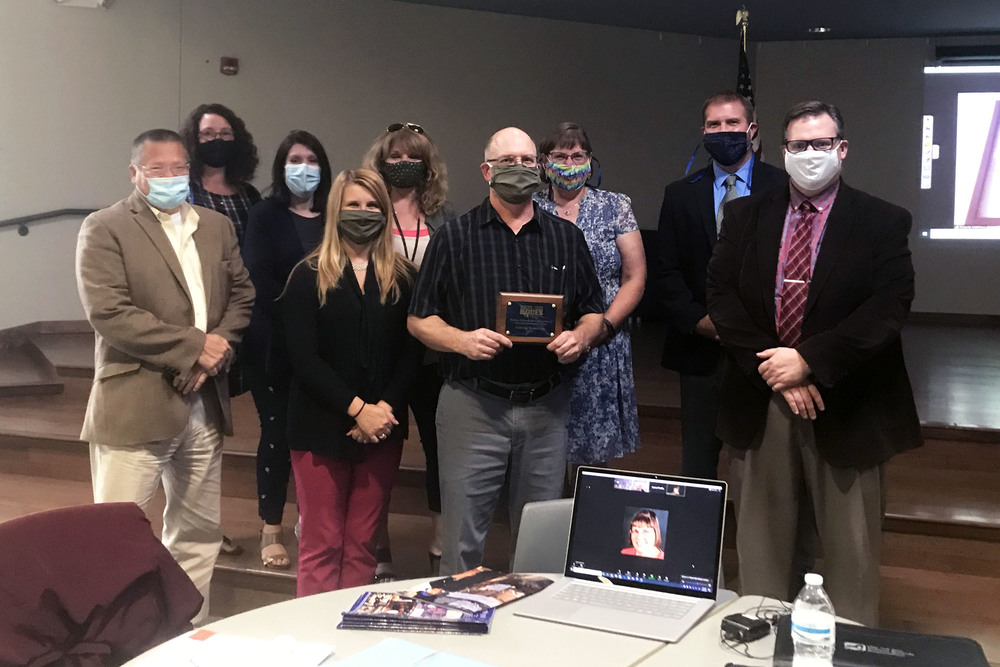 HERKIMER – Herkimer-Fulton-Hamilton-Otsego BOCES presented Gehring-Tricot Corp. with the 2020 Herkimer BOCES Community Partnership Award during a Board of Education meeting on Thursday, Sept. 3.

Gehring-Tricot Vice President of Manufacturing Gary Farquhar Jr. said he is proud of the company’s involvement in the community and feels honored to receive the award.

“That’s great,” he said. “It feels good to be appreciated by the community for all the work we’re doing.”

Gehring-Tricot Corp. was originally scheduled to receive the Community Partnership Award in April during the Herkimer BOCES Annual Meeting, but the meeting was conducted virtually in response to coronavirus regulations.

During a visit to Poland Central School District in late winter 2020, Farquhar told students more about Gehring-Tricot, which designs and manufactures textiles for apparel, industrial, sports, medical and aerospace use and pretty much everything in between. The company’s Dolgeville location does dyeing and finishing, the Helmont Mills division in St. Johnsville does knitting and the Fall River, Mass., facility does weaving.

“When it comes to textiles, we’re one of the leaders in the country,” Farquhar said, to students, “and a lot of people don’t even know we’re there.”

That’s why Gehring-Tricot Corp. has been happy to work with Herkimer BOCES at School to Careers events and with VP-TECH to increase exposure and help with recruiting potential employees to the company.

Herkimer BOCES School to Careers liaison and work-based learning coordinator MaryBeth Napolitano commented on behalf of the STC team on the benefits of teaming with Gehring-Tricot.

“Our friends at Gehring-Tricot Corp. see the value in a partnership with Herkimer BOCES School to Careers and VP-TECH,” Napolitano said. “They are the pipeline to influencing students to achieve workplace ready skills and the desire to gain a solid foundation necessary for employment. Gehring-Tricot is committed to supporting all our programs and initiatives, inspiring our students to become independent and productive citizens.”

When students tour Gehring-Tricot or learn about the company during a career day, they find out Gehring-Tricot does many interesting things such as creating jerseys for college and professional sports teams and making vests, medical devices and antimicrobial tents for the military.

“It’s a lot more than what they envision,” Farquhar said. “When kids think textiles, they think shirts and pants.”

Some examples of what textiles can do include creating chaps that can stop a chainsaw and making the same fabric repel or absorb water depending on what type of textile is used, Farquhar said.

One type of white material can have red Gatorade poured on it and then be cleaned off with cold water, he said.

“What you can do with textiles is really unlimited,” he said.

When students realize what the company really has to offer, it’s a gratifying experience, Farquhar said. “It feels good,” he said. “We can provide them an opportunity to make a very good living for themselves. Once we see motivated individuals, it’s in their hands.” 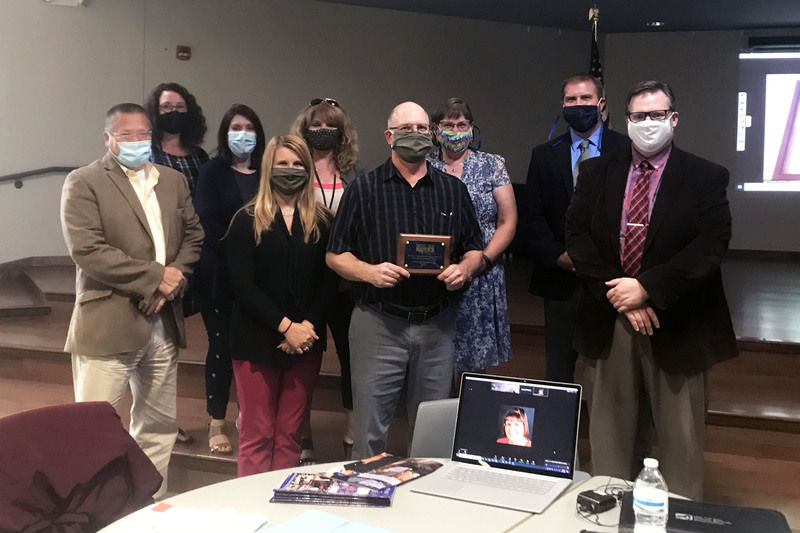