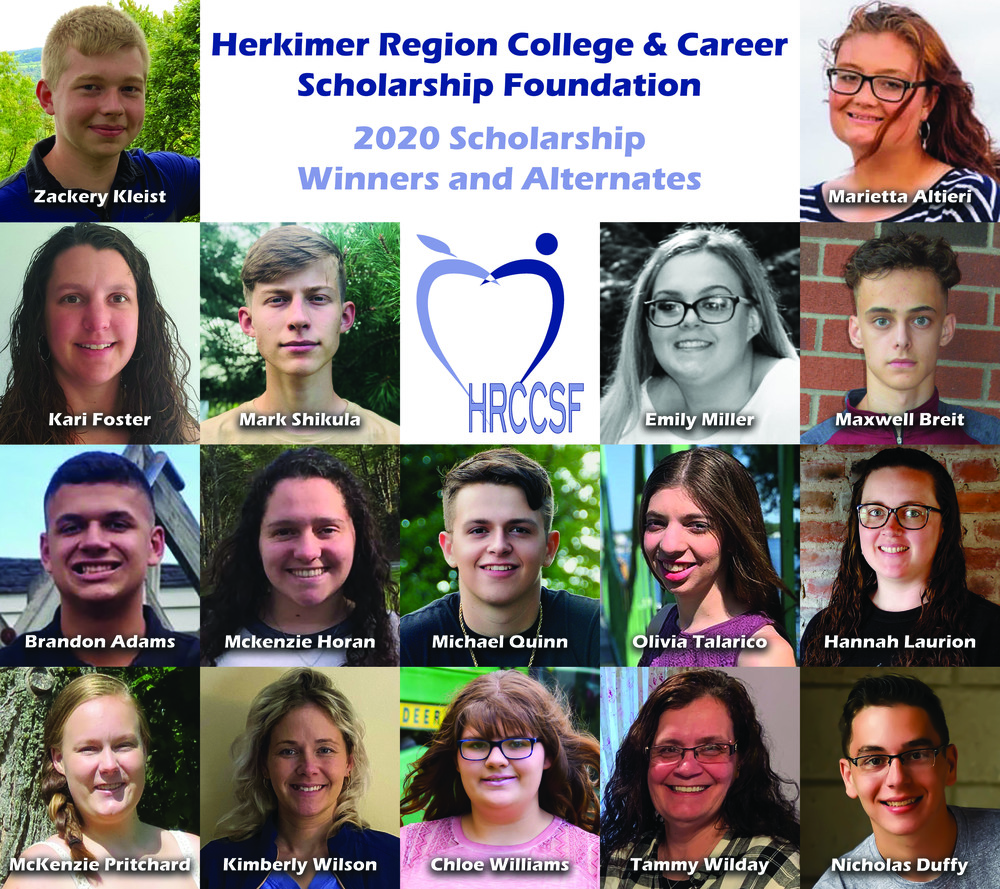 Foundation awards scholarships to students through mail this year

The Herkimer Region College & Career Scholarship Foundation recently awarded up to $18,650 in scholarships to local students.

Scholarship awards are normally given out during a dinner celebration at Herkimer-Fulton-Hamilton-Otsego BOCES, but that dinner was canceled this school year because of the coronavirus public health crisis. Instead, foundation organizers mailed the awards to students along with gift certificates to Paesano’s Pizzeria in Mohawk to celebrate their accomplishments with their families.

The goal of the Herkimer Region College & Career Scholarship Foundation is to expand access to higher education for students in the region who are in career and technical education fields. To date, the foundation has provided more than 300 scholarships – totaling more than $175,000.

General scholarship winners receive awards for their first year of college and then again for a second year if they meet required criteria. This year, the foundation increased its awards from $650 per year to $750 for the first year and $850 for the second year.

The scholarships are open to students who are majoring in vocational education in their high schools or at Herkimer BOCES and plan to go to college the next school year.

There also are special incentive awards available each year for students pursuing careers in certain areas that awards were established for through donations.

The following students won special incentive awards of $100 each this year: