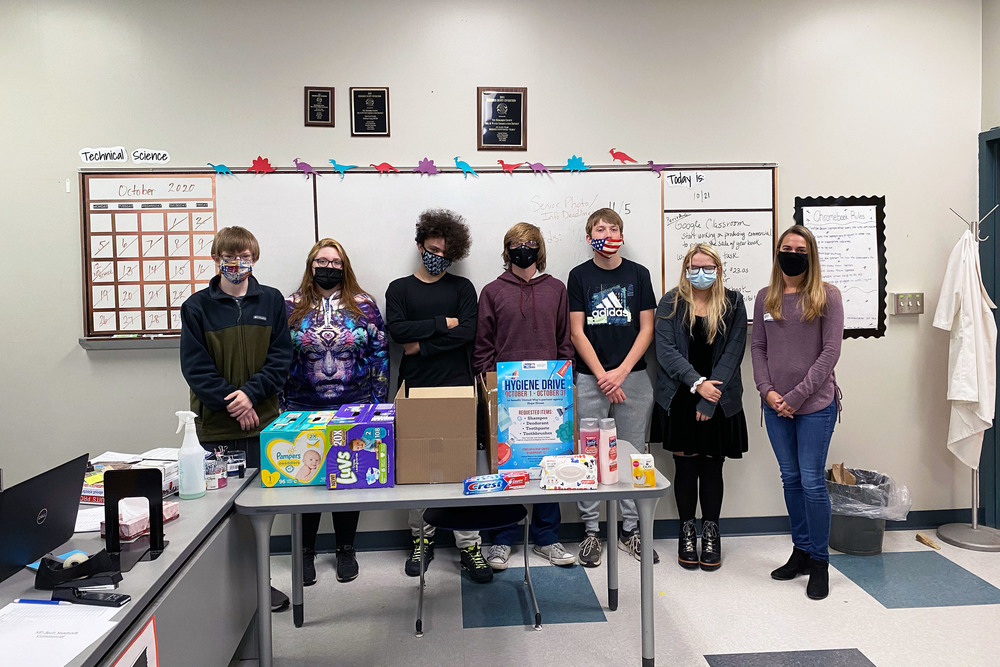 HERKIMER – The Herkimer-Fulton-Hamilton-Otsego BOCES Valley Pathways in Technology Early College High School Student Council recently collected a few boxes worth of hygiene items to donate to local shelters through the United Way as the first step of efforts they want to take this school year to support the community.

The VP-TECH Student Council hygiene drive for the United Way took place throughout the month of October. Boxes were set up in the offices of the Herkimer BOCES William E. Busacker Complex in Herkimer and in all of the VP-TECH classrooms, and students and staff donated items such as shampoo, diapers, toothpaste and deodorant.

This is the second school year that VP-TECH has had a student council. Council members were determined through an election process. Bombard and VP-TECH business teacher Andrew Carpenter-Brockway are the council advisors.

VP-TECH, which launched in September 2015, is made up of students in ninth grade through 12th grade from Herkimer BOCES component school districts. VP-TECH focuses on technology, project-based learning and real-world work situations. Students can spend four to six years in the program to earn a Regents diploma, an associate degree in quality assurance from Herkimer College for free, a certification in advanced manufacturing and connections with local businesses.

The idea for the hygiene drive was suggested by one of the mentors for VP-TECH Mentor Mondays: Melinda Green, an architect with SMSA Architects who also is involved with the United Way. The VP-TECH Student Council advisors and members decided to take on the project – hanging posters, sending out messages to staff and talking to other students about making donations.

Because it’s still early in the school year, there has only been one council meeting so far and everybody is more separated this school year due to COVID-19 distancing measures put in place, Carpenter-Brockway didn’t how well the hygiene drive would go, but there was a strong response from people from various BOCES programs, he said.

“I wasn’t sure if we would even fill up one box,” he said. “I’m actually very satisfied with the amount of stuff we collected.”

Green visited VP-TECH on Oct. 30 to collect the donated items, and it was a good experience for the students to see that their efforts were going to have an impact, Carpenter-Brockway said.

“I think they felt good about it,” he said.

Projects such as the hygiene drive also allows the VP-TECH name to get out more and help people in the community learn about the program, Carpenter-Brockway said.

The council advisors said they want VP-TECH Student Council members and the rest of the VP-TECH students to know they can make a difference in the community, and other similar efforts such as a food drive are anticipated for this school year, Bombard said. “We want the students to connect with the community,” Bombard said. “We want them to understand they have the power to connect with the community – that they can do good; that they can help people.” 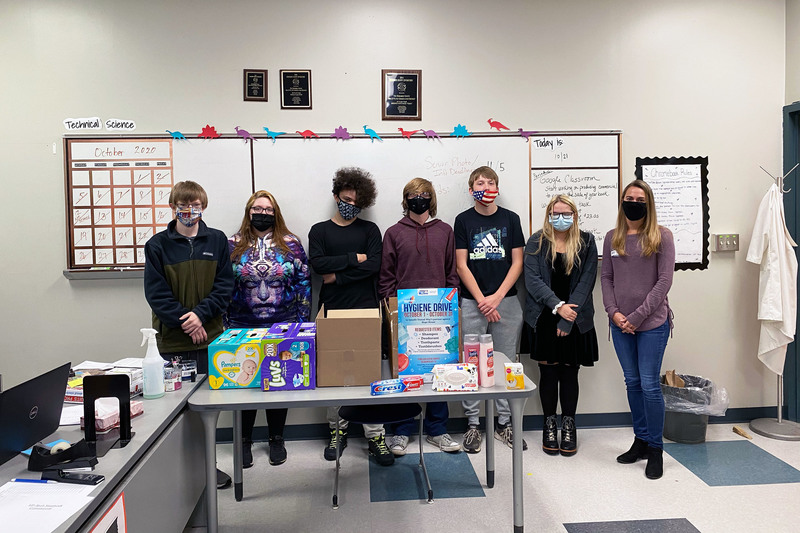