The Oneida-Madison-Herkimer Counties School Boards Institute recently conducted a virtual ceremony for the institute’s 2021 Student Achievement Awards for local students who have overcome challenges on their way to success in school.

Out of 4,500 students in the three-BOCES region, nine juniors were selected for the awards, O-M-H SBI Coordinator for Board Training James Van Wormer said, during the ceremony.

“Thank you to the nominators – without the nominators we really wouldn’t be here – and obviously thank you so much to the students and to the parents for their help,” Van Wormer said. “Every parent that I talked to – and we were just sharing our congratulations – they would say, ‘Oh, it’s nothing.’ As a parent, as a grandparent, I know it’s something. When you have students that come out the way our cohort has this year, it requires a lot of work and a lot of effort. So it’s a team effort from the schools to the homes to the kids. So congratulations to everybody.”

The O-M-H SBI includes 35 school districts in the Herkimer-Fulton-Hamilton-Otsego BOCES, Oneida-Herkimer-Madison BOCES and Madison-Oneida BOCES regions, and the winners of the 2021 Student Achievement Awards and Distinguished Service Awards were recently named.

The 2021 Student Achievement Award winners were honored during a virtual ceremony on Thursday, May 13. Educators who have provided longstanding service will be honored with their Distinguished Service Awards in the near future.

“I want to congratulate every one of our award winners here tonight,” Miller said. “You’ve done some very special things to be nominated, and you have some very good backup and people who feel that you were very deserving of this, so congratulations, everybody.”

“It just melts your heart to see these impressive students and the awards that they deserve,” he said. “It’s fantastic.”

The Student Achievement Awards are presented to high-school juniors who have demonstrated a positive attitude, which reflects initiative, a sense of responsibility and an ability to interact with others, including peers and faculty.

Recipients also perform academically to the best of their ability, have overcome a significant adversity and participate in extracurricular and community activities. Other criteria include strong character values and a post-graduate commitment toward a career goal or higher education.

The Student Achievement Awards were presented this year to the following students:

The Distinguished Service Awards are presented to outstanding volunteers – such as school board members – and superintendents who have dedicated time, continued support and vigorous action in the service of public education and the welfare of children.

Recipients may have also demonstrated a positive influence in the greater community and in the state.

The Distinguished Service Awards were presented this year to the following school officials: 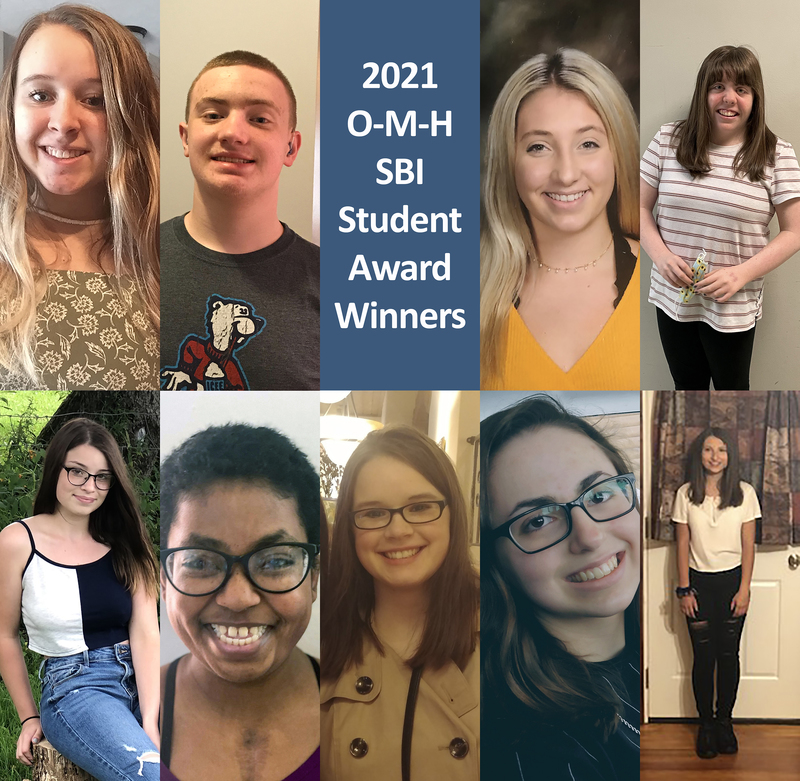