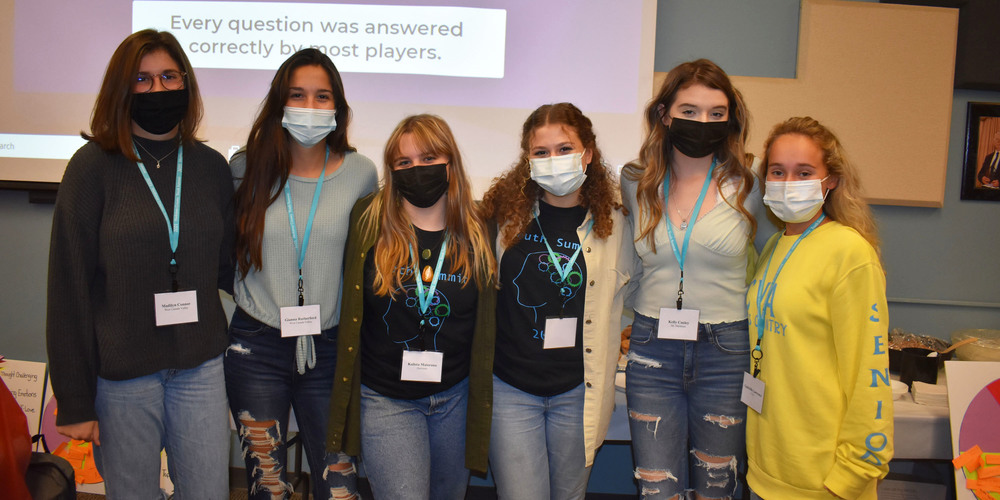 Close to 100 students attended the 2021 Herkimer County Youth Summit at Herkimer-Fulton-Hamilton-Otsego BOCES and developed action plans to bring back to their schools.

Central Valley students, for example, came up with an action plan including creating positive affirmation posters, painting murals in bathrooms, putting up a list of coping skills in bathroom stalls and hosting a guest speaker. They hope to get approval and enact the plan by the end of the 2021-22 school year.

“Hopefully, we’ll be able to do that in that timeline and make a difference for our schools,” Central Valley senior Gabriella Lawrence said, while presenting the plan at the Youth Summit.

Each of the districts and programs developed action plans during the Youth Summit on Wednesday, Oct. 27, at the Herkimer BOCES William E. Busacker Complex in Herkimer and will take the plans back to their schools to benefit students across the region. Youth Summit organizers will follow up with each school around March 2022 to see how the plans are going.

The student facilitators and Petrie welcomed students at the beginning of the Youth Summit.

“We couldn’t have the Youth Summit last year, so I’m very excited to see all of these schools participating this year,” Petrie said.

“Their hope is that what you learn today will help you be able to help other students when you bring ideas back to your schools through your action plans you develop later today,” Petrie said.

Mount Markham students decided to deal with multiple issues including healthy coping skills, mindfulness, discrimination, respect and kindness. Their action plan includes involving other students, replicating group activities that were done during the Youth Summit and other ideas such as setting up a “Zen Zone” where students can de-stress.

“If students are feeling overwhelmed or overstimulated, they can go down to the “Zen Zone” and relax,” Mount Markham senior Kelly Cooley said.

The guest speaker for the 2021 Youth Summit was Herkimer Central School District fourth-grade teacher Jennifer Olds, who talked to students about mindfulness and how she learned to use mindfulness techniques to manage anxiety.

“It’s just been a real tool for me to get through life in a more positive way,” Olds said.

Mindfulness is science-based and used by professional athletes, the military, police and others – including students in her fourth-grade class each year, Olds said.

“It’s the ability to pay attention to this moment – right here, right now – without any judgment,” she said, adding that the idea is to not attach a story or anything positive or negative as thoughts float through your head.

Research says that 10 minutes a day of mindfulness is very helpful, Olds said.

“It actively changes the pathways and neurons in your brain,” she said.

Thinking about a positive or negative experience can directly impact your body, Olds said.

“Your body will react, and you will feel like you’re back in that place,” she said. “Your thoughts matter."

Olds mentioned how students received journals at the Youth Summit, and she gave each student a small, symbolic rose. The flower of a rose is beautiful, but a rose also has thorns, Olds said. A rosebud, however, provides hope for the future, Olds said. She encouraged students to write in their journals based on the symbolism of the rose by writing about the good, the bad and the things that make them hopeful for the future.

That journaling technique can help students learn what makes them feel stressed, what mindfulness techniques work for them and more, Olds said.

“My biggest piece of advice to you as kids is to get to know yourself,” Olds said.

Students also participated in three different stations hosted by Catholic Charities of Herkimer County focusing on the themes of the day.

At the third station, Hollie Raux, wellness coordinator at Catholic Charities of Herkimer County, led a wellness activity with discussion of stress cues, positive reactions to stress and the power of positive affirmations.

“The more you repeat these positive phrases, the more your brain believes them,” Raux said. 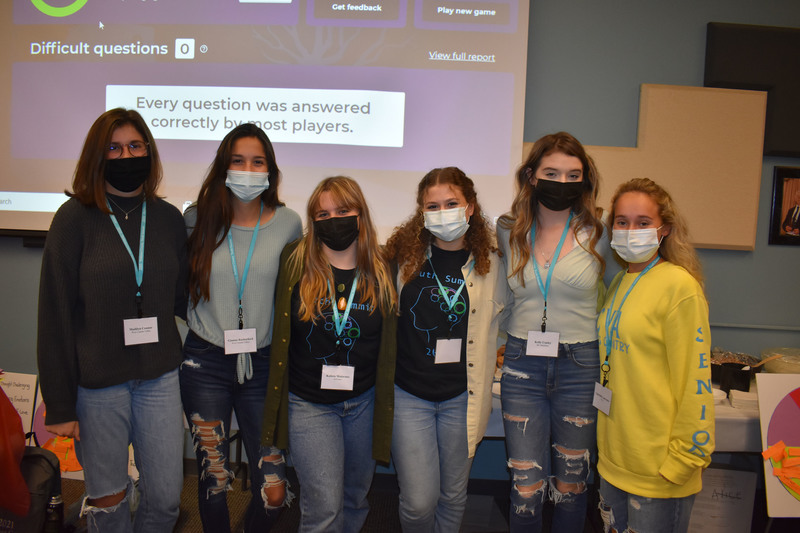 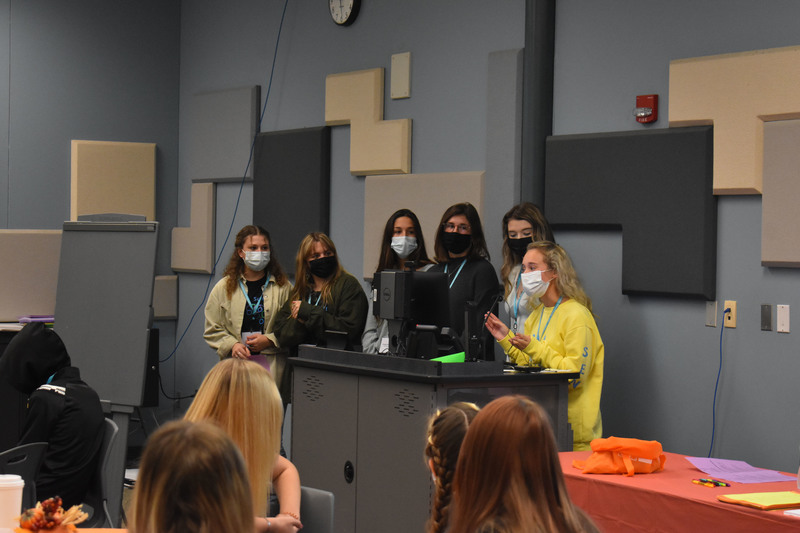 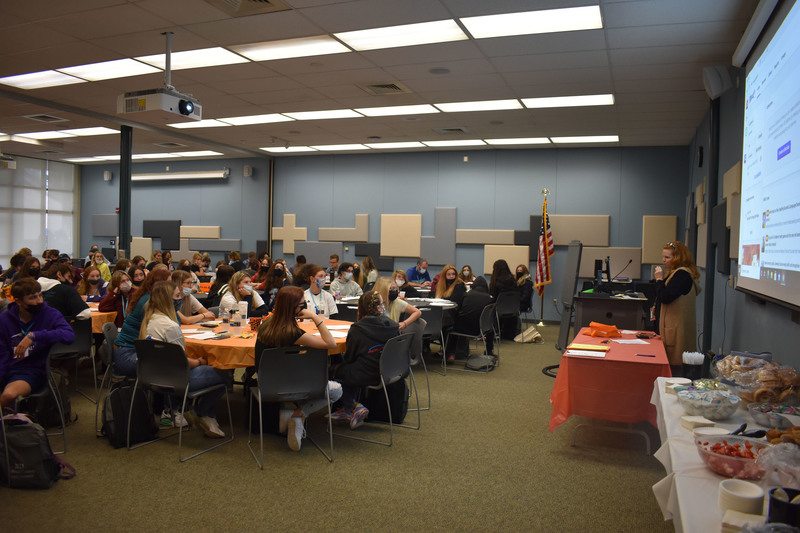 View more photos from the Youth Summit at www.facebook.com/HerkimerBOCES.