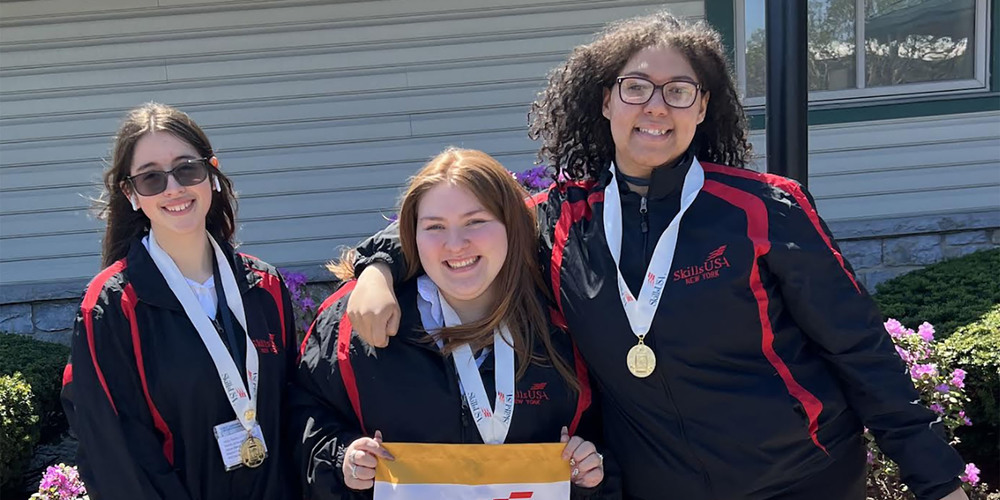 Three seniors in the Visual Communications Media Arts program at Herkimer-Fulton-Hamilton-Otsego BOCES earned first place in a SkillsUSA state-level promotional bulletin board competition and will advance to the national-level competition in Georgia.

Visual Communications Media Arts students Tracy Palmieri, of Central Valley; Delaney Kerr, of Frankfort-Schuyler, and Savannah Dennis, of Herkimer, created the bulletin board as a class project under the advisement of their instructor Melinda Maycock and presented at the state conference. They will next be representing New York state at the SkillsUSA national conference from June 20-25 in Atlanta.

Other Herkimer BOCES students who placed in the state-level competitions were:

SkillsUSA is an organization serving more than 395,000 students and professional members enrolled in career and technical training programs. 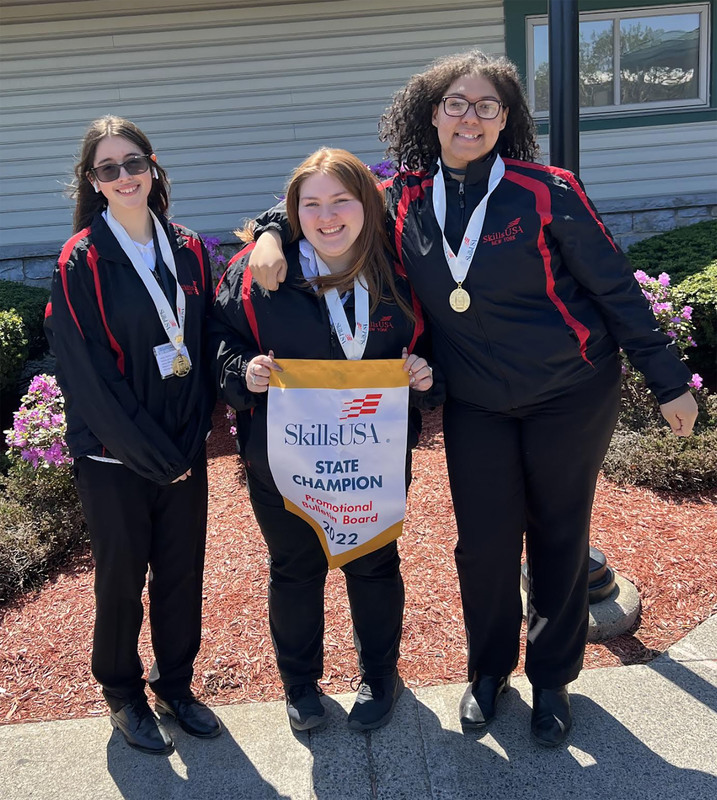 From left: Herkimer-Fulton-Hamilton-Otsego BOCES Visual Communications Media Arts students Tracy Palmieri, of Central Valley; Delaney Kerr, of Frankfort-Schuyler, and Savannah Dennis, of Herkimer, hold up a banner for their SkillsUSA state championship. They earned first place in a promotional bulletin board competition at the SkillsUSA state conference and will advance to the national conference in Atlanta.