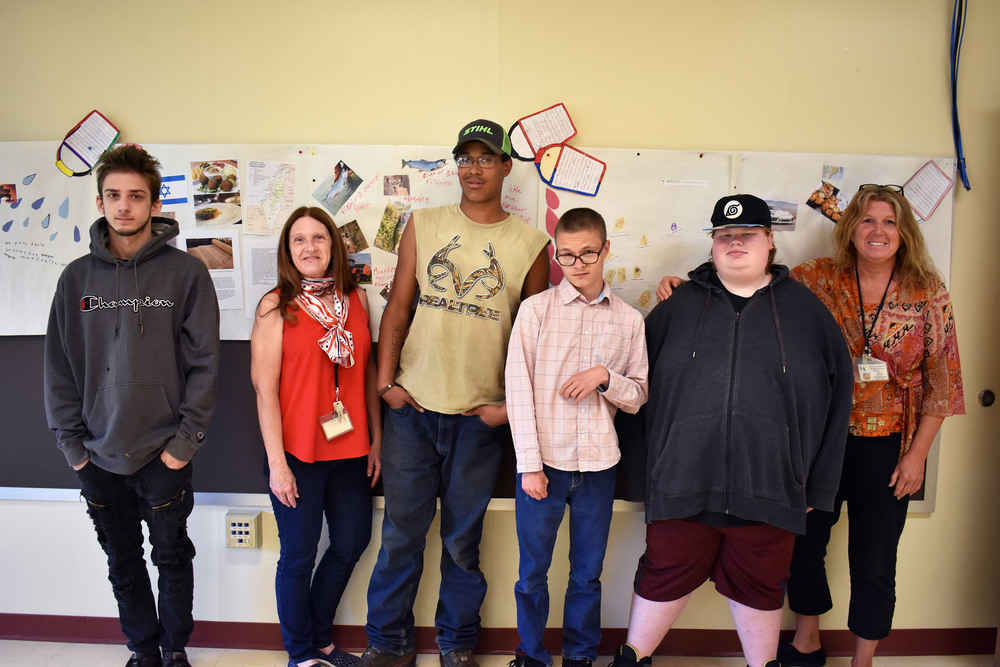 The students are in special education teacher Alana Connolly’s Career Awareness class, and Connolly and English teacher Charlene Bufalini co-teach the English portion of their instruction.

The students benefit from the experience of making the bucket list posters, Bufalini said.

“It shows them that whether they know it or not, they do have goals and things they want to do,” Bufalini said.

The project was designed for the completion of the English language arts compare and contrast essay requirements and was tied to reading the book “Into the Wild” by Jon Krakauer in class. Students learned the true story of Christopher McCandless, and Bufalini said students showed empathy as they discussed and wrote essays about how his struggles, goals and achievements relate to their lives.

“It was a lesson that tied into the transition phase of their life, which is what my Career Awareness class is all about,” Connolly said.

Students have also used the vision boards for presentations through the Herkimer BOCES occupational hazards 4-H club and when meeting with ACCESS-VR for job development, Connolly said.