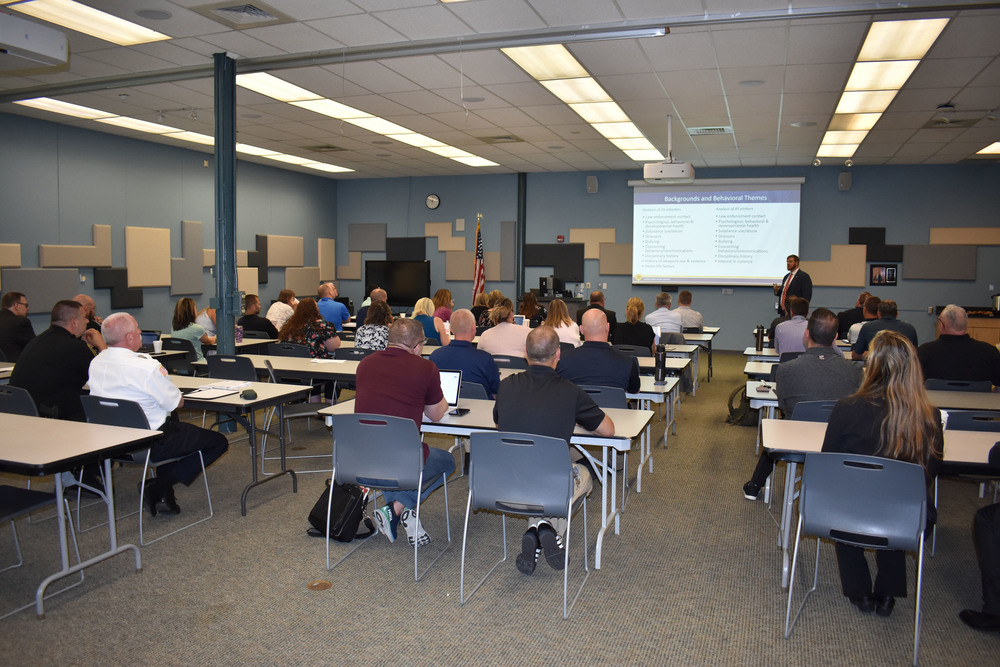 The presentation noted that students who have carried out school attacks and those whose plots were prevented are very similar.

“The main difference between people who followed through and those that didn’t was that they were stopped,” Barrett said.

‘The only real difference is response’

The small difference between plots that were averted and those that were carried out was a common theme throughout the presentation.

Cotkin said the thing that separated the two categories was that for the averted plots, somebody saw something that was concerning, reported it to someone higher up and the report was taken seriously and acted upon.

“The only real difference is response,” he said.

Cotkin said that if attendees take one thing away from the day, it should be to take reports of concerns seriously.

Sometimes, concerning communications by students are ruled out as jokes or just a usual way certain students talk, Cotkin said.

Cotkin also spoke about cases where classmates were aware of concerns about a student but school administrators weren’t informed about those concerns.

During part of the presentation, Cotkin detailed some of the common issues that school attackers and plotters are dealing with – including mental health struggles, substance abuse, stressors, bullying, concerning communications, school disciplinary histories, weapons use and violence and home life factors.

“This is a troubled group of students,” Cotkin said. “They’re not doing well, and there needs to be some kind of intervention.”

Barrett and Cotkin discussed many aspects of the 2018, 2019 and 2021 reports. They gave detailed examples of school attacks that were carried out and plots that were averted. They also provided statistics on topics such as how close to an attack weapons were obtained, what types of weapons were used, how many attackers and plotters were victims of bullying, how close to an imminent attack averted plots were discovered, how long attacks typically last and much more.

Barrett said NTAC recommends that school behavioral threat assessment teams include a variety of people within the school community such as teachers, guidance counselors, coaches, school resource officers, mental health professionals and school administrators. Team members should have clearly defined roles, and there should be a designated leader, Barrett said.

Cotkin also emphasized the importance of helping students feel like they are part of the school community and creating and promoting a safe school climate built on a culture of safety, respect, trust and emotional support.

Cotkin gave the Positive Behavioral Interventions and Supports (PBIS) program as an example of a method for developing culture. Herkimer BOCES uses the PBIS program for the Pathways Academy.

‘Bringing it all together’

Kapuscinski spoke both near the beginning and end of the presentation. He thanked Garcia for reaching out and requesting the event.

“This is a very important topic,” Kapuscinski said.

After Barrett and Cotkin presented, Kapuscinski discussed additional resources NTAC can provide such as training on threat assessment, guidance on the development of threat assessment programs and policies and consultation on complex cases.

Brad Jacobs, senior resident agent for the U.S. Secret Service Rochester Resident Agency, gave a brief presentation at the end of the event about the Rochester Threat Advisory Committee, also known as ROCTAC.

The group meets biweekly to share information, resources and strategies to look at threats as a whole and try to prevent problems, Jacobs said.

“It’s pretty much bringing it all together,” he said.

Garcia, who also welcomed guests at the beginning of the event, spoke at the end and thanked everyone for attending.

“I hope it was eye-opening for you,” Garcia said. “I think it’s important.” 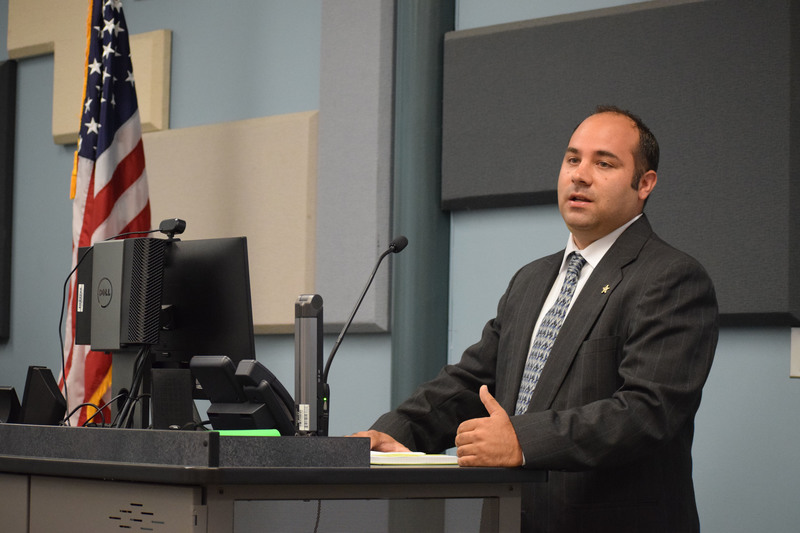 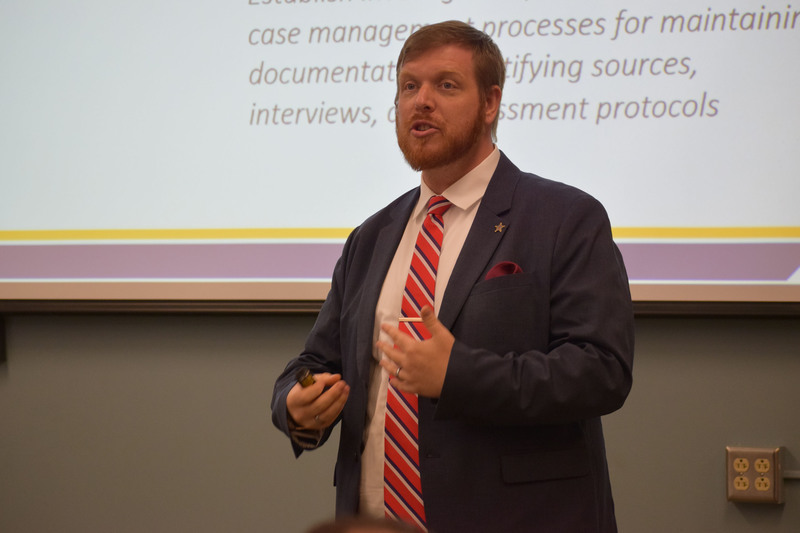 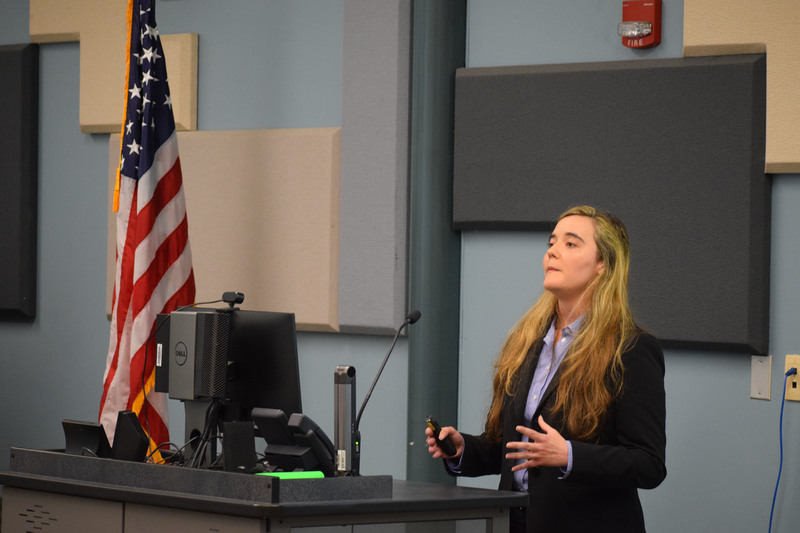 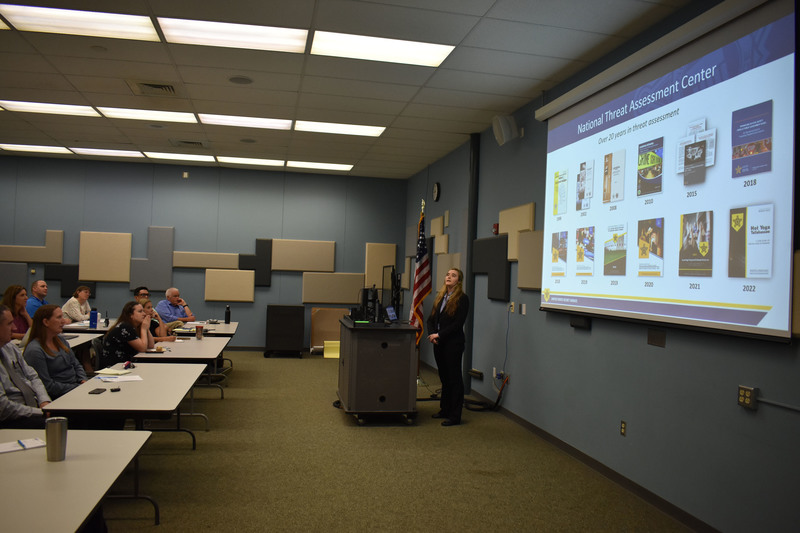