The Herkimer-Fulton-Hamilton-Otsego BOCES Pathways Academy at Remington recently returned to holding award ceremonies in-person for the first time in more than two-and-a-half years due to COVID-19 previously causing a switch to virtual ceremonies.

Students’ families were invited to attend the in-person ceremony as well. Some students went right over to their families after accepting their awards and gave their family members hugs, received an arm around their shoulder or took pictures. Others caught up with their family after the ceremony while having a doughnut and a cup of juice provided by the school.

“It’s our first in-person open event since COVID restrictions,” said David Itzo, who was the Pathways Academy assistant principal at the time of the ceremony. “It’s highlighting student success, and the families being here – it really shows support on their end.”

The Pathways Academy awards ceremony took place on Tuesday, Nov. 22, at the Herkimer BOCES Remington Educational Complex in Ilion. More than ### were given out.

Itzo, who is now the Herkimer BOCES technical education principal, said it was great to have families in the building for a positive event. At the opening of the ceremony, he thanked the families for being there to support the students.

“I think that’s really important to our children who are here receiving awards,” he said.

The Herkimer BOCES Pathways Academy focuses on students who have had a difficult time in a traditional school structure or have to catch up on credits but have the ability to get a high school diploma. Pathways Academy classes are project-driven and infuse career and technical education.

The quarterly Pathways Academy awards were started in 2017 and are part of the school’s Positive Behavioral Interventions and Supports (PBIS) program. The PBIS program includes various aspects including students earning “BOCES Bucks” for positive behavior that they can use on reward days to purchase items or experiences.

Bringing the awards back

The last in-person awards ceremony at Pathways Academy prior to the recent one was on March 2, 2020, shortly before schools closed in-person instruction due to COVID-19. Due to ongoing COVID-19 restrictions, virtual ceremonies were conducted throughout the 2020-21 and 2021-22 school years, said Pathways Academy teacher Erica Haver, who is a team leader for the PBIS program at Pathways.

The hope is that having the teachers on stage to help give out awards would add to the significance of the awards for students and create a stronger connection, Haver said. Many students reacted with smiles as they accepted the awards from teachers during the ceremony.

Haver said she hopes students see that awards at Pathways Academy are different than most schools because they highlight classes and aspects of school where students are doing well even if they are struggling in other classes or aspects of school.

“Students might be interested in one or two classes but either struggle with or lack interest in other classes,” Haver said. “The way we do the awards gives them a chance to get an award when school isn’t completely their thing.”

Having all students attend the ceremony provides a chance for students to recognize the awards as a goal they can strive for, Haver said.

The following are the Pathways Academy award winners for the first quarter of the 2022-23 school year listed with the awards they won and their home school district in parentheses: 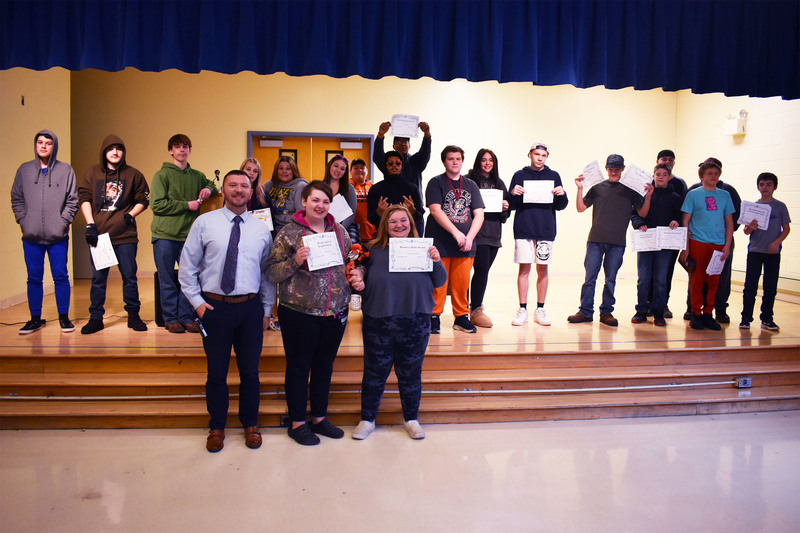 Most of the Herkimer-Fulton-Hamilton-Otsego BOCES Pathways Academy students who won awards during a ceremony on Tuesday, Nov. 22, pose with their awards along with then Pathways Academy Assistant Principal Dave Itzo (front, left). 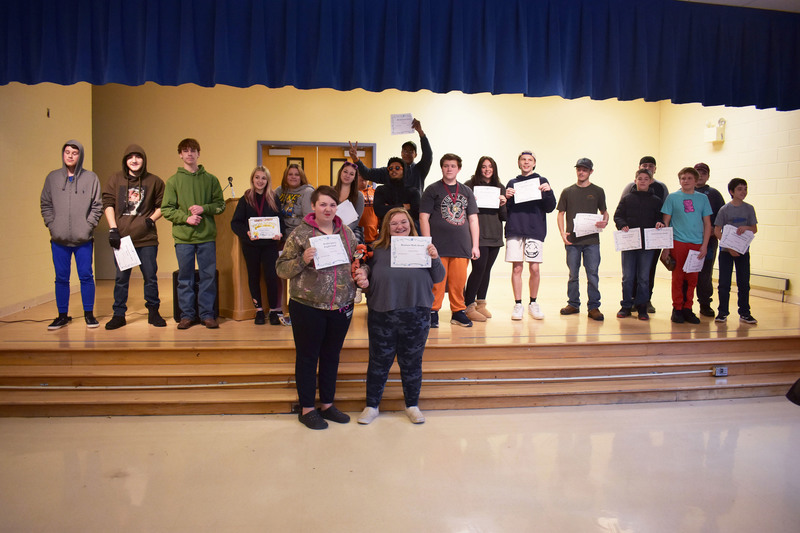 Most of the Herkimer-Fulton-Hamilton-Otsego BOCES Pathways Academy students who won awards during a ceremony on Tuesday, Nov. 22, pose with their awards. 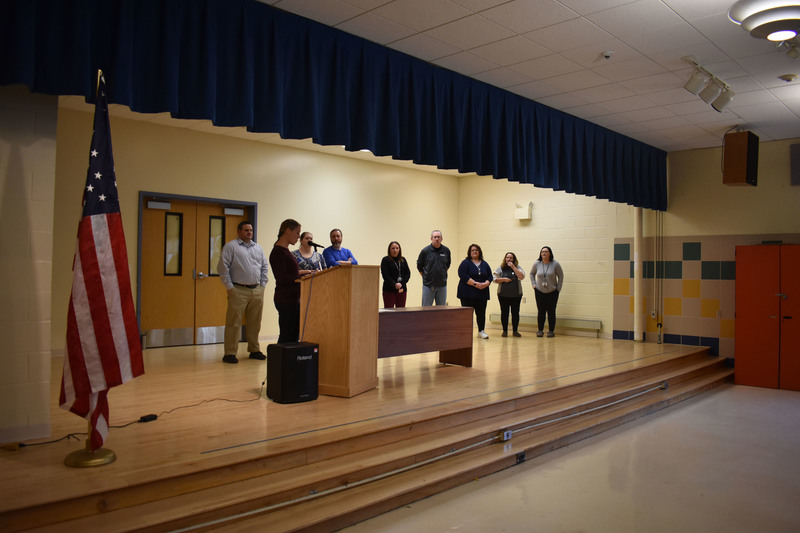 Herkimer-Fulton-Hamilton-Otsego BOCES Pathways Academy teacher Erica Haver, who is a team leader for the Positive Behavioral Interventions and Supports (PBIS) program at Pathways, announces winners during a Pathways Academy awards ceremony on Tuesday, Nov. 22, with grades 7-9 content teachers on stage to help hand out the awards to students. 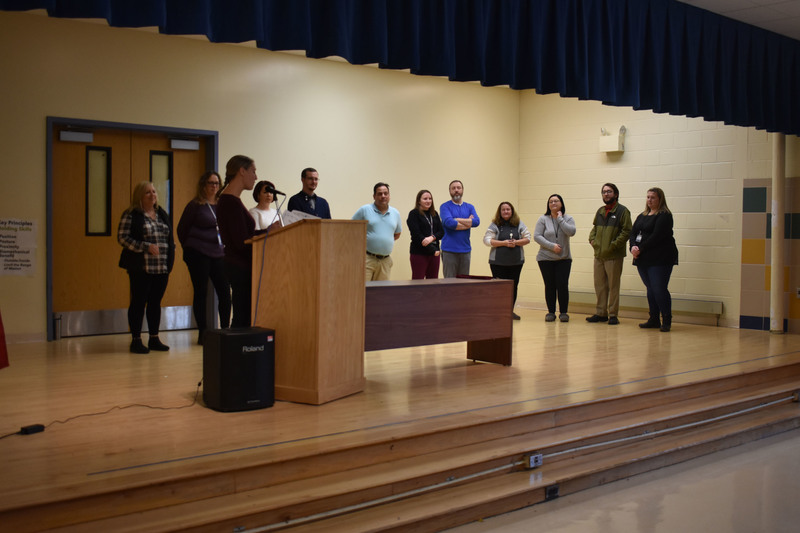 Herkimer-Fulton-Hamilton-Otsego BOCES Pathways Academy teacher Erica Haver, who is a team leader for the Positive Behavioral Interventions and Supports (PBIS) program at Pathways, announces winners during a Pathways Academy awards ceremony on Tuesday, Nov. 22, with grades 10-12 content teachers on stage to help hand out the awards to students.